If Sherlock Holmes was suddenly transported to the 21st century, it wouldn’t take a super sleuth to work out that he would be mightily impressed with Smartphone technology.

How could such a tiny rectangle, made of materials seemingly from another universe, contain the secrets of human knowledge, accessible with a mere finger swipe? Imagine his delight as he navigated around the various apps – nosing through Facebook, zooming around with Google Earth, and driving himself to laudanum  with Flappy Birds.

And then he opens a mobile bingo app, and a smile of recognition flits across his features – at last, the mysterious Smartphone has at least one recognisable feature. For although the modern game of bingo wasn’t invented until 1929, the fictitious Sherlock, who was alive in the late 1800s, would have recognised an earlier version that was played across Europe, to help children with their mathematics.

So would Sherlock have made a good bingo player? Would he be able to track down a massive win, courtesy of his magnifying glass and legendary powers of deduction?  Let’s find out… 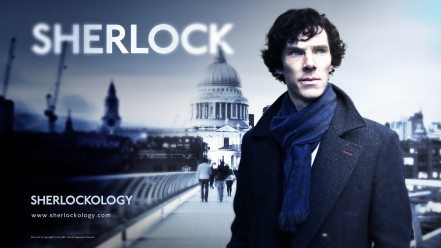 He would hunt down a good deal

Any player worth their salt uses a price comparison site such as Bingo Find. By doing this, players are able to compare the best welcome bonuses, the biggest competitions, and the most reliable software. Savvy players return to price comparison sites on a daily basis, to check out the latest news. Sherlock would definitely make use of a comparison site, and would probably urge you to do the same. He would meticulously compare payment methods, security protocol, and chat moderators, before making his first deposit.

Also, Holmes was a chameleon, able to disguise himself at the drop of a hat or tug of a wig. To avoid unwanted attention in the chat room, he would probably disguise himself as JulieX69X, a stay at home mum of three, using up to date phrases like ‘LOL U OK hun?’ to disguise his dated way of talking.

He would be a hit in the chat room. Although the sands are shifting, chat rooms are still populated mainly by females, and if Holmes were to play as himself, he would certainly attract a hoard of curious female admirers, impressed by his enigmatic job and alternative lifestyle. And if he were as handsome as Benedict Cumberbatch who plays the latest BBC version of Holmes, he’d have no end of female fans throwing virtual gifts at him in the chat room.

He prefers his own company

Sherlock was something of a loner, preferring to stay at home, working on cases. Many shy people who prefer their own company come to life in the chat room – the social butterflies of the chat party. Sherlock would recognise that bingo is the perfect way to have a social life without the need for meeting other humans face to face.

To a mind as intelligent and active as Holmes’s, online bingo would soon lose its appeal. The monotony of the chat room, the robotic voice of the caller, the small, infrequent wins. Inevitably, Holmes would rapidly tire of the game and head down to Scotland Yard, where he’d put his powers to proper use, possibly looking for Maddie or working on Yewtree.