The Top Five Bingo Cities in the UK

Stonehenge. The Tower of London. Loch Ness. Giant’s Causeway. The Mecca Bingo on Park Road, Liverpool. The UK has dozens of outstanding attractions, and tourists flock from all over the world to soak up our monuments and culture.

But whenever I visit a city, it’s not just the local landmarks I check out. I have a confession to make – I’m a bingo tourist, and I can’t visit a new town without taking a nosy inside the local halls. And it’s surprising what I have found over the years – superstitions vary from region to region, along with the price of tickets, friendliness of players, and the facilities on offer. I even make a note of the carpet and curtain colours – nothing escapes my beady eye.

When I tell other players about my ambition to visit every hall in the UK, they are usually gobsmacked and jealous – most players have only been to one or two venues, whereas I’ve been to 122 individual halls, and counting.  So, if you fancy packing a dabber and suitcase full of lucky rabbit paws, and becoming a bingo tourist as well, you will probably enjoy my countdown of the Five Best British Cities to play bingo.

London is the capital of the United Kingdom, but is it the capital of bingo culture? Well, there are plenty of venues to choose from, from modern new buildings with all the mod cons, to halls situated inside vast old theatres. The newer venues are a pleasure to play at – they are draft free and warm, and usually have funky lighting and the latest technology. But, they are missing a certain amount of soul – when you play in an old theatre, you really get a sense of history – you never know, Charlie Chaplin could have shouted ‘house’ there, many years ago.

London is one of the world’s most expensive cities, so expect everything to cost more, from the price of your bus or taxi, to parking, and ticket prices. Plus, there’s a tremendous amount of congestion – if you get caught up in a traffic jam, there’s a chance you could miss eyes down o’clock. And everybody knows that big cities aren’t the most friendly places, so it can take a while to make new friends.

The buzz of the big city is never far away – it’s so exciting to step out of the hall, straight onto the streets of London, especially if you’ve made a nice win. Clubs and bars are never far away. 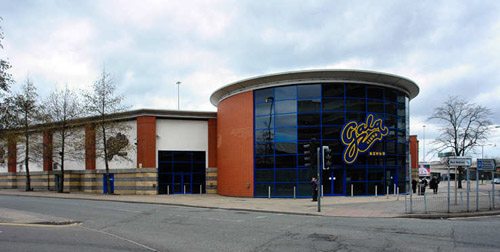 The spiritual home of bingo – not only can you play in the usual hall environment, but you’ll find parlours dotted along the pier and promenade. These are usually open air, so you had best wrap up warm, because Blackpool isn’t known for its Mediterranean climate.

Over the years, Blackpool has suffered a decline in tourism, and parts of it have fallen into disrepair. Stay away from dangerous backstreet parlours, as they have smaller jackpots and rubbish prizes. Who wants to win a bright pink, highly flammable stuffed rabbit? Not me, that’s for sure.

Play seaside bingo from a couple of pennies per game. If you win, you really will be on a high, especially if you go up Blackpool Tower to celebrate.

Liverpool is a real party city, and attracts hen and stag nights from all over the UK. You will find many hen parties crammed into the local Meccas and Galas, and they are easily identifiable by the pink sashes and 1.5 litre bottles of Lambrini stashed in their handbags. There are about five main halls in Liverpool, and they all benefit from good attendance and a rowdy atmosphere.

I have found some of the halls in Liverpool to be a tad scruffy – after all, Liverpool is a historic city, and the buildings can be several hundred years old. The hen parties can get noisy as well – if you want to see a caller lose his rag and throw a tearful bride-to-be out, then Liverpool’s the place.

The notoriously lovely locals will make you feel at home. Drinks are cheap and the nightlife is vibrant. Plus, you can take a stroll down Penny Lane and buy a coffee with your winnings.

Yet again, another wild party city, known for its glittering bars and Guinness. Dublin is also the home to National Stadium Bingo – a vast hall that can seat over 2000 players.

Dublin is tremendously expensive, and it rains a lot, which can dilute your drink. Plus, if you’re based on the UK mainland, it’s a long way to travel to play a two quid game of bingo.

National Stadium Bingo is Ireland’s longest running bingo hall. There are no link games, plus super side games, and cool electronic tickets. Play here, and you will definitely be part of history, as it’s been established since 1938.

Glasgow is the largest city in Scotland, and has some huge halls. Mecca is the dominant brand here, owning about four. The down-to-earth residents love a good game of bingo, and often you’ll find entire families out for the night, marking off the numbers with matching daubers.

It’s actually rather difficult to fault Glasgow bingo halls – if anything, I’d like to see more salads in the cafes.

Glasgow takes my crown for the best UK bingo city. The players are ridiculously friendly, the ticket prices are cheap, and so are the drinks. Halls are spacious and modern, and everybody cheers when you win. What more could a bingo player want?